I've ceremoniously replaced the Pseudoeconomics.com website with it's brother page on Facebook. It seemed only fair to add an end-of-the-year post on the site before beginning 2016.

To sum up the year, at least in a post, it's tempting to take a sentimental tone, leaning into mawkish territory with anecdotes of what certain life moments meant during 2015, adorned by special hallmark memories that evoke feelings of joy and contentment. While this sort of synthesis effectively does emotionally charge its author (and readers) at least in terms of finding virtual peace with whatever station in life is being described, it's possible that in doing so therein lies a subtle difference between deriving satisfaction from the little joys in life versus extracting knowledge and maybe a little bit of wisdom from deeper sources that echo higher-impact thoughts.
Quick pop-culture reference:  the Ferris Bueller quote "Life moves pretty fast, if you don't stop and look around once in a while, you might miss it" makes a valid point in this regard.

What does "stop and look around once in a while mean" to each person? Philosophically speaking, this statement could mean severe contemplation, decisive introspection and a strong focus in answering self-doubt by addressing general/specific unanswered questions. Banal and mundane approaches could interpret the suggestion to take a pause and think as a way of not letting the rudimentary day-to-day habits drag us into old age without ever having experienced the different joys and thereby personal growth every human being aspires to. The latter definition is what Matthew Broderick referred to in the movie.

The former explanation, though, demands more. However, there is little time to play the deep thinker when making a living or raising a family. 2015 was a trial in that regard.

Man, in general terms, is content with what is. Ignorance is bliss. Psychologists, as is their wont, have referenced family, work and friendships as all contributing to a person's wellbeing. Social Scientists and Economists vie to address the current allocation of resources, optimization of different systems, study of human processes and interpretation of behaviors that determine growth, and reach for, crudely speaking, a closer way to achieve utopia.
Note: Pseudoeconomics looks to address just that - the different players and their attempts towards optimization (i.e. Utopia, or augmented reality in its current terms). Economics is an art in that regard. And a very amusing past time for whomever takes on its study as a serious amateur.
The worldly professions and the learned men (and women) behind them that move us and shift our existence in this world -  politicians, doctors, lawyers, scientists, activists, writers, artists, religious folks, businessmen, yoga instructors - in their origin, provide a service, donning a win-win to society. Until they deviate and don't.

2015 was the year when victims, and here I reference self-imposed victimhood, not the truly afflicted, were not victims, but potential champions that fizzed out. In my personal experience, this was a year in which life re-affirmed itself, upheld by shared experiences with a loyal family, friends and enriched by experiences at work and outside of it.

Octavio Paz said: "Deserve your dream." I think, in plain-speak that means, "get your ass to work". The trick therein is to work for a dream, not for it's own sake.

As a segue to this post's ending, and on to a richer and much better written text, an opportunity to contemplate the year's successes and great opportunities  through an eloquent explanation of the risk represented by excessive pride (always a danger to take note of!), by Paz himself (from the chapter on "Rhythm" in his book "The Bow and the Lyre),

A favor: pay close attention to the "magic" and "magician" concepts mentioned. The reference might seem archaic. Far from it. 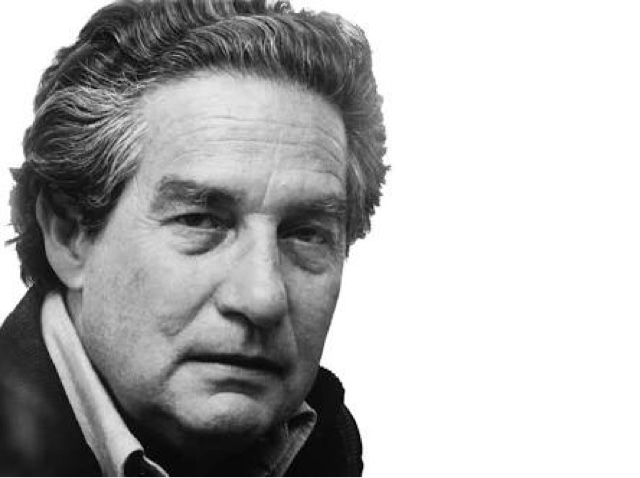 "Magic is a dangerous and sacrilegious enterprise, an affirmation of human power vis-a-vis the supernatural. Separated from the human herd, facing the gods, the magician is alone. His greatness and almost always, his final sterility is rooted in that aloneness. On the one hand, it is a testimony of his tragic decision. On the other, of his pride. Indeed, every magic that is not transcended - that is, not transformed into a gift, into philanthropy - consumes itself and ends by consuming its creator.

The magician sees men as instruments, forces, nuclei of latent energy. One form of magic consists in the dominion over self for ultimate dominion over others. Princes, kings and leaders surround themselves with magicians and astrologers, the precursors of political advisors. The formulas for magic power are fatally bound up with tyranny and the domination of men. The magician's is a solitary rebellion, because the essence of magical activity is the quest for power. The similarities between magic and technology have frequently been pointed out, and some think that the former is the remote source of the latter. Whether or not this hypothesis is valid, it is obvious that the characteristic mark of modern technology - like that of ancient magic - is the cult of power.

Standing opposite the magician is Prometheus, the loftiest figure created by Western imagination. Neither magician, nor philosopher, nor sage: hero, stealer of fire, philanthropist. The Promethean revolt embodies the revolt of mankind. Implicit in the chained hero's aloneness throbs the return to the world of men. The magician's solitude is a solitude with no return. His revolt is sterile because magic - that is to say, the quest for power by power - ends by annihilating itself. And this, precisely, is the drama of modern society."
Happy new year.

Posted by Unknown at 1:08 PM No comments: