Blogs do make a difference! Brace yourself, Piketty.

The age of blogs and open communication has helped everyone have a potential voice. Barriers to entry are low. Amateur and not so amateur Journalists, filmmakers, entrepreneurs, and economists now abound.

He superbly points out 3 mistakes - read on.

To Matt my fellow MIT alums, I say: 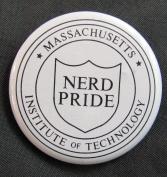 Posted by Unknown at 9:51 AM No comments:

Paul Krugman and his appreciation for macroeconomic analysis

It seems that digging up previous economic theoretical/analytical breakthroughs via Nobel Prize in Economic profiles isn't all for naught:

My John Hicks/Kenneth Arrow executive summary profile was particularly instructional for me. Turns out that this is also the case for others. Their brilliant work was recently referenced by Mr. Paul Krugman.

As recently as two days ago, Paul Krugman made a macroeconomic analysis (John Hicks take ) reference in his New York Times blog.

Krugman cited Hick's take on the general equilibrium theory (specifically - discussing the way Hicks transformed the theory into a practical tool - and how his take on it plays into measuring an equilibrium between a national economy's commodity-based supply and demand...given, let's say - interest rate fluctuations and other dynamic variables that can be thrown into the mix...as neatly presented via Hicks' IS-LM model).

The more I learn about past influential economists like Hicks, the more I understand how valuable economists' take on how economies function really is.

Economists have been shedding light on how the world works, in very different ways: financially, sociologically, behaviorally, even philosophically.

An economist isn't responsible for having things work out a certain way. There's always too much at stake, and the outcome tied to random, non-linear variables is not only difficult to measure, but also impossible to predict.

Still, economists help us understand the economic ghost in the machine that makes this complex world function.

For now, macroeconomic analysis has turned out to be pretty spot on.

1973 Nobel Prize in Economics winner Wassily Leontief - a brilliant mind who linked a profound cause-and-effect theory to a broader economic context, achieving practical value and extending useful economic research and theoretical work academics and public/private enterprise have greatly profited from, all the while keeping it simple.

His development of the input-output method and analysis led to impactful economic theory applications throughout the the 20th century. His work provided a clearer way of determining the interrelationships between the theoretical "y" inputs required to provide a desired/required "x" output. Meaning, linking the interdependence between inputs required to oil the machinery behind industrial sectors to produce a particular output, which, itself is an input to another industry (ex: how commodities are used to produce other commodities, and so forth). In a broader context, this analysis also naturally applies to local/regional/national/international economies and their respective sectors.

So, what lies behind the economic machine or system?

This is what perplexed and fascinated Leontief.

As explained and very aptly redacted by MIT professor and prominent input-output economics  Karen Polenske, in the collection of reflections and perspectives on input-output economics "Wassily Leontief and Input-Output Economics" (edited by Dietzenbacher and Lahr), Leontief gravitated towards combining empirical and theoretical analysis to address economic issues.

Having identified the possible pitfalls with depending solely on theory (confirmation bias, or, zeroing in on the input-output model itself, maybe more profound issues with the mechanical approximations derived from depending on fixed coefficients) and empirical approaches, Leontief insisted on theory going through the required testing grounds of empirical observation, and having empirical observations themselves necessarily tied down to theory. It is important to remember that Leontief was part of a generation of economists where this back and forth between theory and empirical approaches was a contentious issue. Still, what issue isn't contentious in economics?

So, how does the real world work?

This question forces the researcher to understand that theorizing and waxing lyrical about the economic machine's cogs and sprockets, and focusing on what tinkering with these moving parts could or could not churn out, was not solely determined through advanced mathematical modeling (taking the second half of the 20th century's economics scene by storm) but by working on data interpretation techniques that emulated real-world functioning. Leontief himself had, in previous decades, been requiring his students to apply mathematical rigor to build better models, but was wary, nonetheless, of having that quantitative approach detach him from more meaningful applications. The input-output model took into account this theory/empirical balance Leontief touted about.

After Leontief's contributions to the input-output technique, questions regarding the economic impact now had answers: scrutiny via simple matrices (very elegantly explained in Leontief's nobel prize lecture) provided them.

Light research on this subject made me realize how Leontief's work was a distant cousin (or some incestuous form of it) to Arrow's own work. Both their work, was somehow fathered, or related to Leon Walras' theories. Walras's focus on reaching equilibrium through the supply-demand relationship, price, preference, and restricting excess demand to 0 (to achieve equilibrium - in theory having fulfilled the required prices levels to have done so) served as a useful backdrop to Leontief's own findings.

Having approached this turned out to be good fun. In all my pseudoeconomist splendor, I hold a strong interest in matrix-led interrelationships and their optimization. My 2012 Master's thesis used the design structure matrix model and tool to describe the linkages between the different phases of a real estate development process. While not exactly, an input-output model, it nonetheless links different factors that pares up inputs and outputs, with the possibility of optimizing results via changes in specific factors.

Simplicity is remarkable when it produces thoughtful results.

The following video shows and example of the input-output model in action.